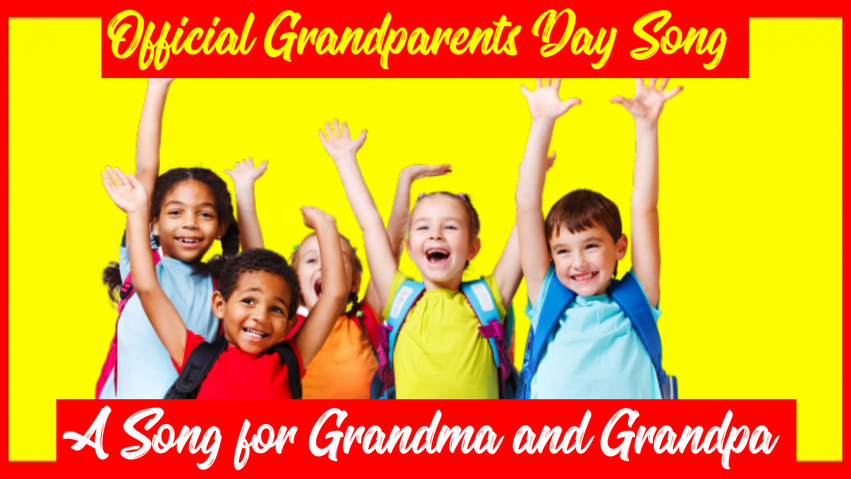 Johnny Prill is an Award-winning, Grammy-nominated songwriter and the author of "A Song for Grandma and Grandpa," the official song of National Grandparents Day.

Johnny Prill
"A Song for Grandma and Grandpa" was chosen because Grandparents Day gives grandchildren across the nation the opportunity to show love and appreciation for their grandparents. Johnny Prill's "A Song for Grandma and Grandpa" is exemplary of such appreciation. The National Grandparents Day Council, Chula Vista, CA
"It is wonderful that 'A Song for Grandma and Grandpa' was chosen as the official song of National Grandparents Day. What a special tribute to your talent as a songwriter. You have put into words the unique relationship between grandparents and their grandchildren." United States Senator Debbie Stabenow
"For the past three decades, you have shared your time and talents with the residents of the Courtney Manor Nursing Home in the city of Bad Axe. Your commitment to making a difference has garnered multiple recognitions including the Volunteer of the Year Award from the Health Care Association of Michigan. I commend your dedication to the community and service to the greater good." United States Senator Gary Peters
"Here's to Johnny Prill and his song for National Grandparents Day. May his song spread around the world and be translated into many languages." American folk singer Pete Seeger
"Johnny Prill is one of the most creative songwriters of our time. His warmth and understanding blends itself into his lyrics and music. It's a pleasure to know Johnny as a friend and an equal pleasure to record his songs." The Polish Prince Bobby Vinton
Career highlights
In 1983, America's Polka King Frankie Yankovic presented Prill with an autographed copy of his 1977 autobiography "The Polka King: The Life Of Frankie Yankovic." Prill wrote a song based on the book and honored Yankovic with his song at September's Club in Warren, Michigan.

In 1987, Prill recorded two original songs on a 45 RPM. Side A featured "Polka Radio" and side B "A Birthday Wish." That same year, American pop music singer Bobby Vinton released a 45 RPM containing the same two songs. In 1991, Vinton included "Polka Radio" on his "Greatest Polka Hits Of All Time" CD. Vinton also recorded Prill's "Proud to be an American" in 1988 and included it on his self-titled Bobby Vinton (1988 album). Bobby Vinton credits Prill as being "one of the most creative songwriters of our time."

In 1991, Prill wrote "America, This Song's For You." The song featured vocals by top polka artists including America's Polka King Frankie Yankovic, Li'l Wally, Eddie Blazonczyk, Jimmy Sturr and Bobby Vinton. Proceeds from the album were used to promote polka music in America.

By 1993, Prill had written more than 100 songs. In that year he released "My Sweet Rose," which was an audio cassette with ten songs.

Also in 2004, Prill released "The Polka Beat" CD with eleven polkas. In August, the "Las Vegas" polka received a 5-star review in the Las Vegas Weekly. Martin Stein stated, "Truly the best polka song about our town ever recorded." In October, the Las Vegas Mercury identified the same polka as "Standout."

In 2005, "The Polka Beat" CD was featured in the Detroit Free Press as their Detroit Disc of the week.

In 2006, Prill presented American singer and entertainer Wayne Newton with "The King of Las Vegas" song at the Flamingo Las Vegas Casino and Resort in Paradise, Nevada. Prill's song was written and based on the book "Once Before I Go" the 1989 autobiography on Newton's life.

In 2011, Prill's "Polish Prince" song was recorded by Grammy Award winner Jimmy Sturr and His Orchestra. Prill's song, based on the 1978 autobiography "The Polish Prince - Bobby Vinton," was included on Sturr's Grammy-nominated "Not Just Another Polka" CD.

In 2012, Prill wrote and recorded "I Saw America Today." Joel Feick, NBC 25 Today, invited Prill to be a guest on his morning show and share his inspirational Veterans Day song with his viewing audience.

United States Senator Carl Levin, who was the chairman of the Armed Services Committee, wrote Prill stating: “Thank you for sending me the song I Saw America Today you wrote honoring our nation's veterans. I found the lyrics interesting, and I appreciate you keeping me in mind.  I share your views about the importance of honoring those who served in our nation's military.”

State Senator Mike Green, Michigan, told Prill: “Thank you for sharing your song, I Saw America Today. Your song reflects the best of the American spirit and is an honor to those men and women who have made it the greatest nation in the world. I found it inspiring and uplifting. Please know of my appreciation and best wishes for success in your future endeavors.”

In 2013, Prill's Christmas song "Santa's Little Dears," was performed by Mollie B (host of the Mollie B Polka Party on RFD-TV) and included in her Christmas Special. The show was recorded live at the RFD-TV Theater in Branson, MO.

In 2015, "A Song for Grandma and Grandpa," the official song for National Grandparents Day, has enjoyed wide acclaim in the United States and all over the world with requests to use the song coming from countries such as Israel, Canada, Australia, Ukraine and New Zealand.

In 2017, Prill's composition Grandkids (Angels at Play) was released to great reviews, triggering this message from Don Rickles: "Had I known grandchildren were so much fun I'd have had them first...speaking firsthand, my grandsons are special and obviously you feel the same about yours." Also, American country music singer Barbara Mandrell congratulated Prill on his songwriting stating “How wonderful of you to use your talent to write A Song for Grandma and Grandpa.”

In 2019, Prill released an inspirational new children's song titled “Jesus Loves Children.” The song, inspired by the Bible, offers a timely reminder of how important our children are, and of the need to cherish and love them – just as Jesus taught us.

In 2020, Prill announced the release of the rock version of a Bobby Vinton song titled "Proud to be an American." Prill wrote the song in 1987 and the rock version had never been released before.
Johnny Prill's songs have also been featured in numerous publications including Country Weekly, The Las Vegas Weekly, The Detroit News, and The Detroit Free Press.